Direkt zum Hauptbereich
- November 12, 2015
Our country heads squander our hard-earned tax dollars for major projects such as the Stuttgart train station and the airport in Berlin. We became such projects ever questioned whether we ever want, or what to do with our money? No, it came water cannons for use in protest. The huge sums that have been burned are to quantify multi-billion. Nice to know, what you mostly going to work. Thus lobbyists their greed can further indulge and politicians voluntarily, especially EFSM give up their sovereignty to Brussels. Sure it concerns us here relatively well in general, but it is a perverse penetration of the brain, if you know that you will be fooled by all pages, only for the reason, because they are arrogant and not think about it, that they just only people are, as we stupid "foot soldiers".

- September 04, 2016
HOW IS THAT POSSIBLE? READ THE REVEALING:
What is a musician or music producer with no audience & dedicated supporters? Nothing at all! A joyous occasion: It separates me only less than 1000 plays by the proud number 100,000 in total plays on soundcloud. I want to get rid of one thing: I have many wonderful people met by making music on the Internet and they have a special place in my heart. Without a constant support like i had all this would have been impossible. I can only advise newcomer and no-name artist to support each other on the Internet, which brings you much further than to stubbornly load up stuff & to trust that someone discover your talent. On a website where you are surrounded by so many other musicians & producers you are always surrounded by competitors. So collaborate with each other & help each other! In this way, for every one is jumping out something & the competition dissolves. Have a great sunday y'all! Greetings Hot Os
Mehr anzeigen

CAN YOU SPELL "TRUTH"?

- Oktober 11, 2019
What if i tell you kids are suffering from grown-ups who earn their money with teaching them, but doesn't teach em more than hate of their own lives?
http://www.prof-kurt-singer.de/leitgedanken7.htm?fbclid=IwAR06A0e__cBvl8dhtuSxP2oF33MUz1kJNFyna9pil2Rsm9C9jqH_dIvRmuA
Mehr anzeigen 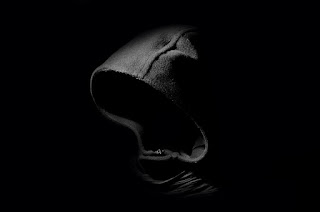 Original Soundtrack FROM HELL I guess this is how hell could sound like. Enjoy & don't burn your ears! :D